Still here to ask for Finale

A small introduction to the vertical wanderings in the Finale's highlands.

Still here to ask for Finale 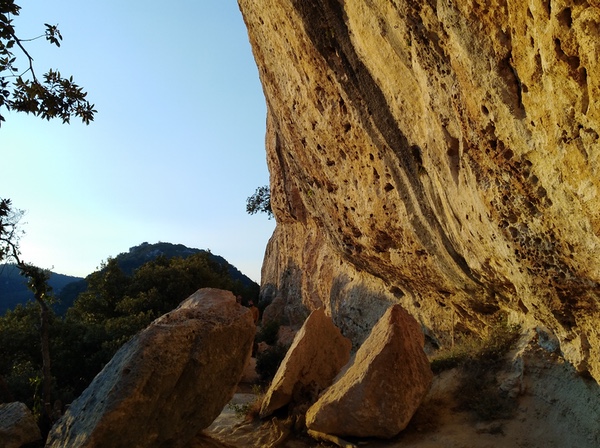 Still here to ask for Finale …

Most beautiful of all is the Un-Founded island.

A handful of pebbles, little skeletons and sand ...

If someone tells you that for treasures just look under the stones, do not believe them.

And my friend, the imponderable vertical epic of the Finale was born from a stone, or from a hole in a stone/pocket. A small and sharp hole, that has been able to surround itself by desire.

Here is being fleshed one of the fundamental postulates of human action: to make something desirable, just make sure that this thing is difficult to obtain. Written by Mark Twain. 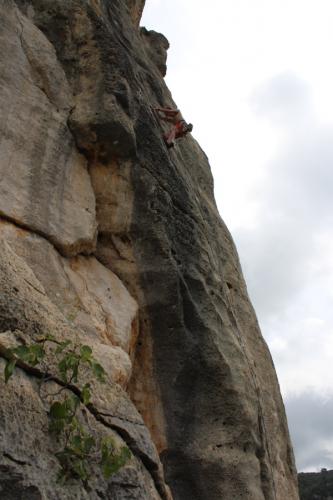 And so the man came, on two feet, but still with a certain desire to pose them.

Saw, touched with his hand, been afraid and go away. Then, thoughtful come back

It was at the time, he gave name to his wish: Pietra del Finale.

Not he had never done it... poor beast, from that day he was not able to escape at charm.

Around the magic stones grew a thick, inextricable stain alters.

A thick forest made inaccessible the assault on that world.

In front of a useless effort, the desire could be double, triple.

While the nearby Ligurian Sea, with its white arenas, seemed to drive away naive bipeds to towards the hinterland.

[THE Man who understands it is good ...]

In the beginning,  there were someone who looking and looking again, saw pale and austere mountains, and good ground for adventure, fierce struggles against Lestrigoni and Ciclopi, shipwrecks, conquests.

They came hosts of young sons of Dionysus who looked for peace and wanted cultivate alliances and utopia.

Finally the time of  New Warriors; They read in that desert stone, enchanting horizons, and so they wanted, like the Infernal Ulysses, in search of a crossing, of a limit... 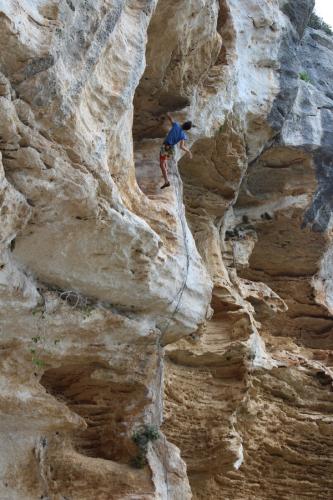 Whole generations of daring made ranks in front of the emptiness filled with lust.

Many departed without returning. Others, defeated and deluded, ended up prey to madness and screamed at the sky that  Finale was blasphemy, deception, heresy. The last you will still see them wandering the plateaus in the hope of giving a solution to their search. Only some old people know, but they don't talk.

And if someone still asks why you look for it,  you will answer: Because it is there.